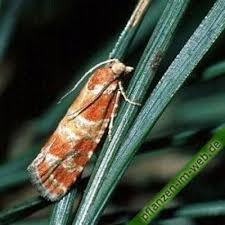 This parasite (Rhyacionia buoliana) is particularly fond of the scots and mugo pine, preferred species and varieties for niwaki growing in our latitudes. This pest threatens young trees by twisting their growth and weakening them physiologically. Attacks on lateral branches do not have a big impact on the future of our niwaki, since we ourselves tweaks buds for a densification of the vegetation. Any good farmer of niwaki knows that bud abortion causes the development of one or more axillary. By against, the attacks of terminal buds are very characteristic and very boring, because there has been a noticeable slowdown in growth in height, and deformation of the ends of twigs shaped bayonets. The trees then languish, unable to develop their terminal shoot, and grow so bushy.

Attacks of Rhyacionia buoliana thus lead to a significant slowdown in the growth of the tree. Symptoms appear in the spring and we note:
· drying of mined buds
· yellowing of shoots whose interior is eaten,
· deformation of seedlings,
· bushy changing of attacked subjects
· exudation of white resin on the bud or shoot,
· terminal bayonet arrow
· buds growth in stick or fork. 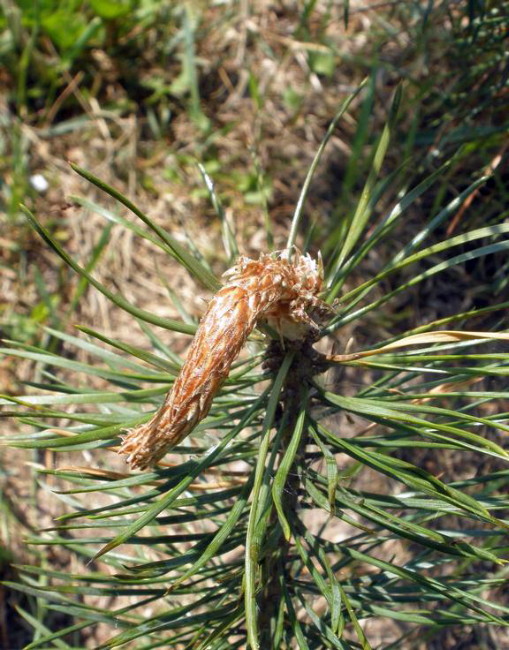 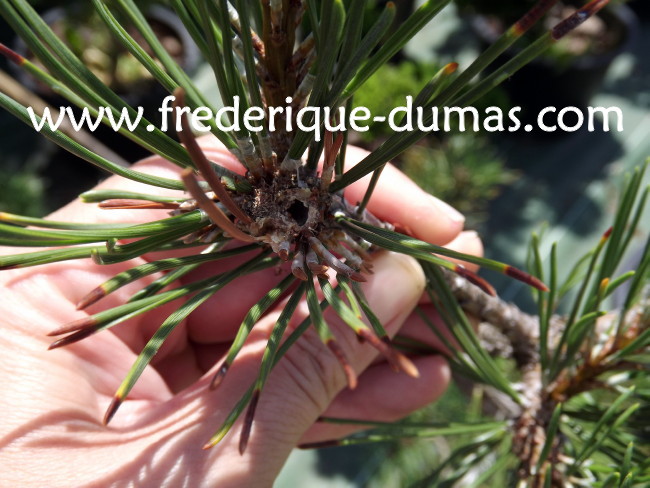 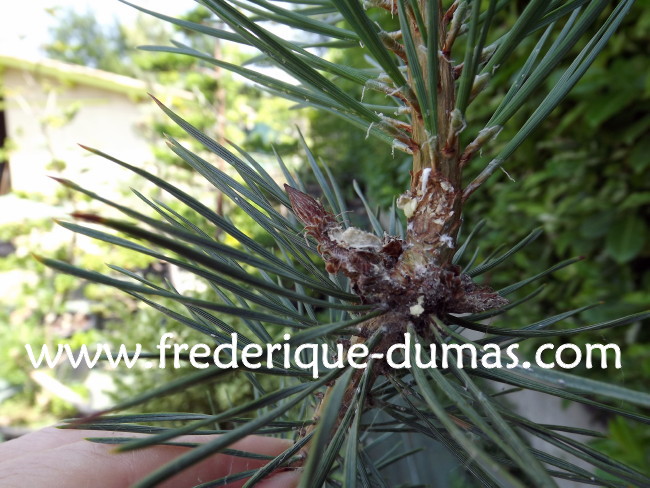 About the pine shoot moth, the adult emergence period (14-18 mm wingspan) is between late May and mid-July. The duration of incubation of the eggs is 10 to 15 days. The eggs hatch around the second week of June. The young caterpillars feed on pine needles until the end of July. 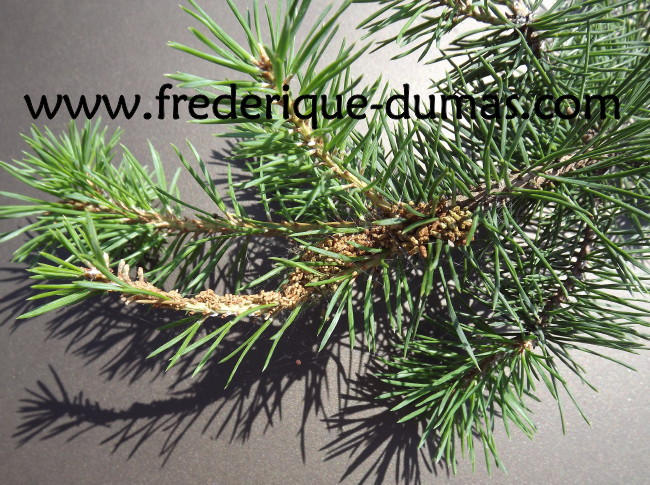 Towards the beginning of August, they migrate to the buds. The penetration into the bud is accompanied by an emission of resin. During the cold season, the 3rd larvae stage remain in hibernation inside the bud. In spring, they come out to install in others where they feed and undergo the last two molts in mid-May, the 5th larvae stage pupate during a period of ten to fifteen days. 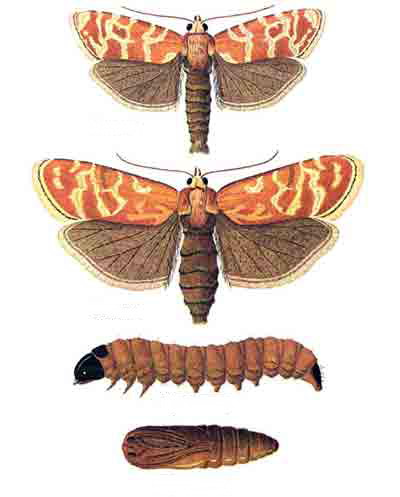 To fight against this parasite, tests conducted between 1981 to 1987 have allowed the determination of an effective insecticide, a microbiological product (Bacillus thuringiensis) spray on the first two larvae stages and two inhibitors driven products (diflubenzuron and trifluméron 40g) spray on the first three stages in June – July-August (depending on the region) and the third to fourth larvae stages in spring. But the treatment period is very short (10-15 days), and to be able to accurately identify, a strict monitoring of the various stages of insect development is needed. This is very restrictive and pollutant … obviously ! 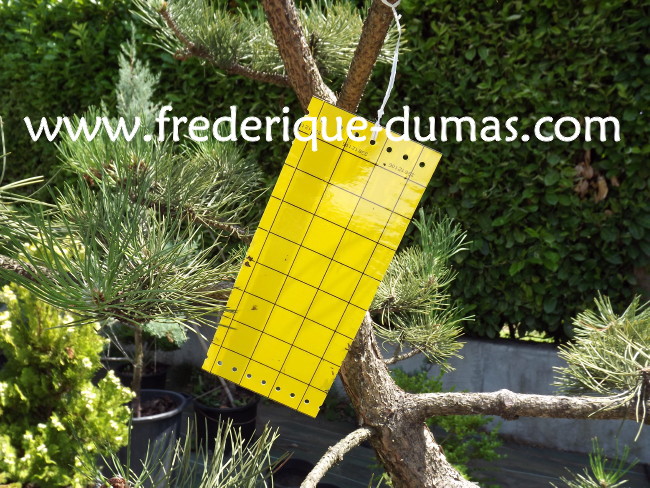 Taking more time, but just as effective and totally ecological, the traps. They are of two types: light trap (not very effective in the case of this parasite) and the pheromone trap. 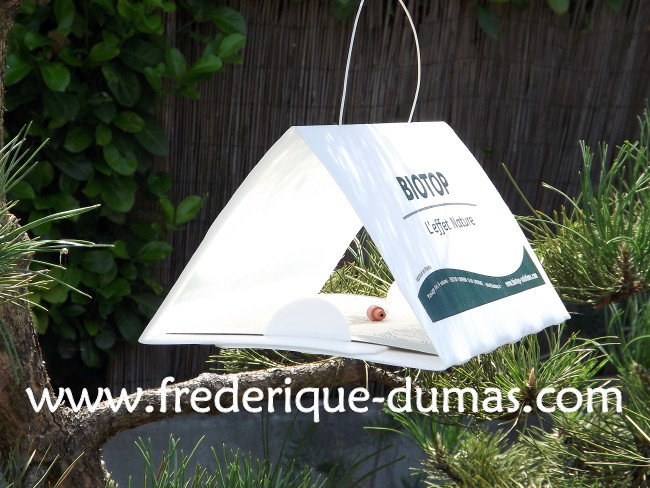 Males are attracted by the pheromone that is normally secreted by the female and die, stuck to the trap. The reproductive cycle and proliferation are thus interrupted.

Here is the result after the first day … 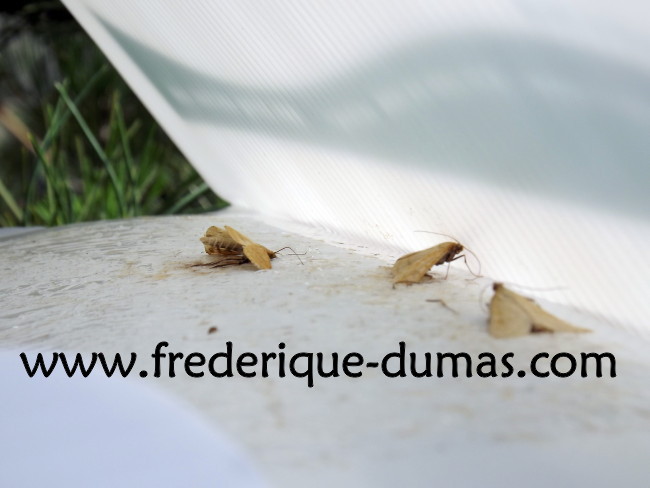 And at the end of the nuptial flight period. 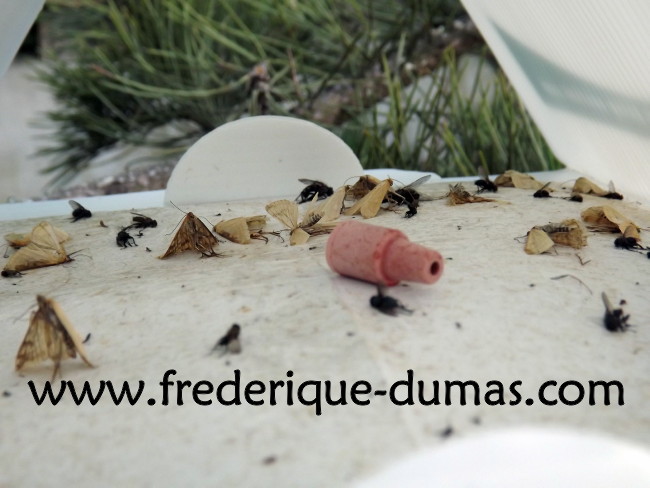