In the West, especially in Europe, we hear a lot the term “clouds trees” to describe these beautiful plant sculptures that come directly from Japan. This name, certainly very poetic, but absolutely not existing in the Japanese islands, was not a problem at the beginning. 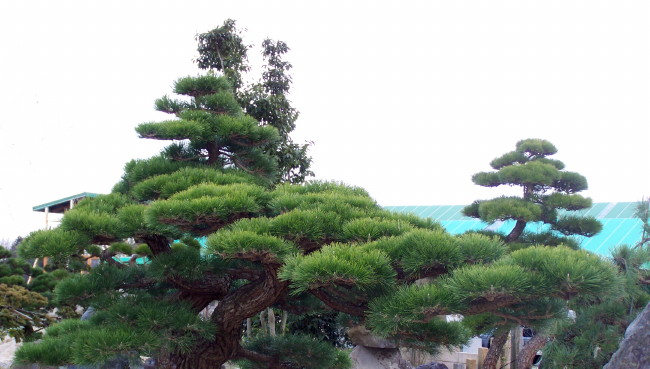 I let myself when I have started, seduce by this charming name, I have even carried it in my books, and I dare say it, I regret today. Why? Because in fact, it characterizes a type of plant sculpture which is only a Japanese INSPIRATION pruning. The jumble done by media and neophytes, obviously does not help, mislead people and take away from the genuine and authentic Japanese pruning.

For those who thirst for authenticity, it is important to separate the “clouds pruning” of the genuine niwaki growing. To do this, here is a succinct sketch that will help you to differentiate at a glance, a real authentic Japanese niwaki of a simple Japanese inspiration pruning.

As I have already explained to you, the “clouds pruning” is only plant sculpture and not the real niwaki growing because it has a huge contradiction. Its vegetation is certainly densified, feature encountered on trees with a lot of maturity, but its branches are at an angle or vertically, which is only found in young trees in nature.

On the real niwaki, the main branches supporting the masses of vegetation are at least horizontally or cascading down. We can tolerate 10% to 15% of total branches with a starting + or – vertical, then which “horizontalizes” itself. Beyond that, it is classified as “clouds pruning”. This is achieved by the horizontal bracing. In fact, the kind of varieties with a non-erected bearing (Juniperus, Taxus …) as shown below do not exist in Japan (one, moreover, is “disheveled”!). These are European cultivars, or very French. Of course we can get niwaki with our endemic varieties, but only using the techniques of niwaki growing. 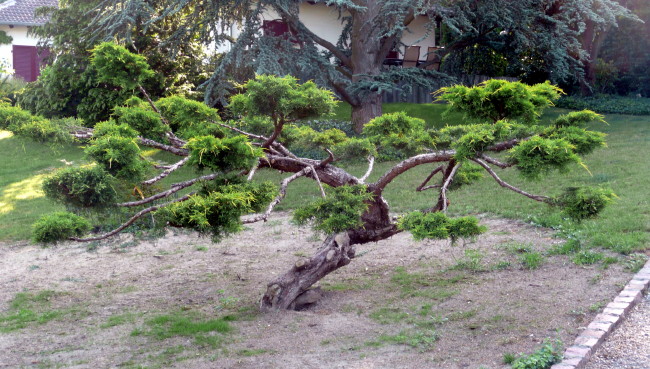 So, there is no reason to not practice “clouds pruning”, if that likes … Some of these achievements give great subjects. But do not pretend that this is a niwaki !

And when you are faced with such beauty reproducing what we can see in nature, at least have the respect not to call it a “clouds tree” … 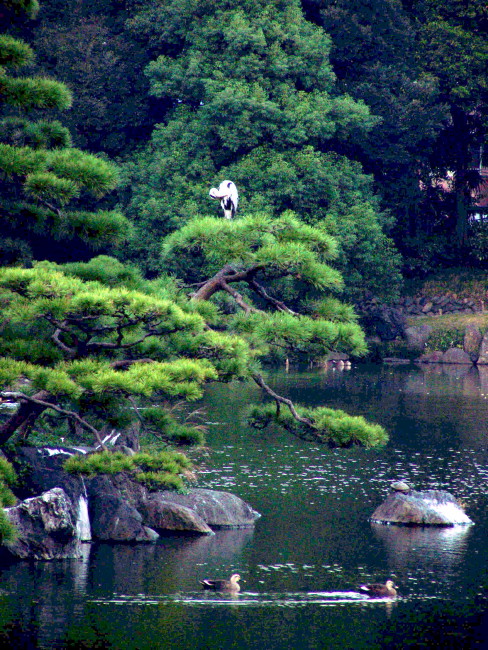